What Happened After the Bernanke Announcement? 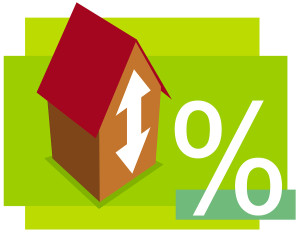 Last week, Bernard Bernanke startled many by announcing that the Fed will not wind down their bond buying program right now.

Surprisingly, Bernanke revealed the Fed will continue bond purchasers at the current pace.

What happened and what does it mean to mortgage interest rates?

What would have happened if they reduced bond purchases?

“The Fed could have caused rates to shoot up this week if it had announced the tapering of its bond-purchasing program.”

Why did the Fed decide not to start winding down bond purchases?

Moody’s Analytics reported that there were three reasons:

What does this mean to a buyer applying for a mortgage?

Those at Bankrate.com explain:

“For now, borrowers have dodged another spike in rates. The Fed’s announcement might even cause rates to drop in coming days, says Paul Edelstein, director of financial economics at IHS Global Insight.

‘Mortgage rates should fall back — not massively, but to some extent,’ he says.

Eventually, once the Fed lets the mortgage market and the economy start walking on their own, rates will probably head back to the 5 percent or 6 percent range, says Scott Schang, manager for Broadview Mortgage Katella in Orange, Calif.”

When will the Fed begin winding down bond purchases?

According to an article in the Wall Street Journal:

“Federal Reserve policy makers decided this week that the economy isn’t in the right place for them to start winding down their bond-buying program. By the time they meet in December, it might be.

The decision to not start winding down the bond-buying program now was close… The economy only needs to get a little bit better over the next few months for the central bank to get its nerve back. That should be an easy bar for the economy to clear.”

Bernanke himself has not ruled out that the Fed could still scale back the stimulus this year. He stated:

“If the data confirms our basic outlook, then we could move later this year.”

Ed Conarchy, a mortgage planner at Cherry Creek Mortgage in Gurnee, IL had a great quote in the Bankrate article:

Grab the gift before it’s gone!

“If you know someone who would appreciate the level of service and expertise that I provide, please contact me and I’ll be happy to follow up and take great care of them.”

An American Family’s Net Worth