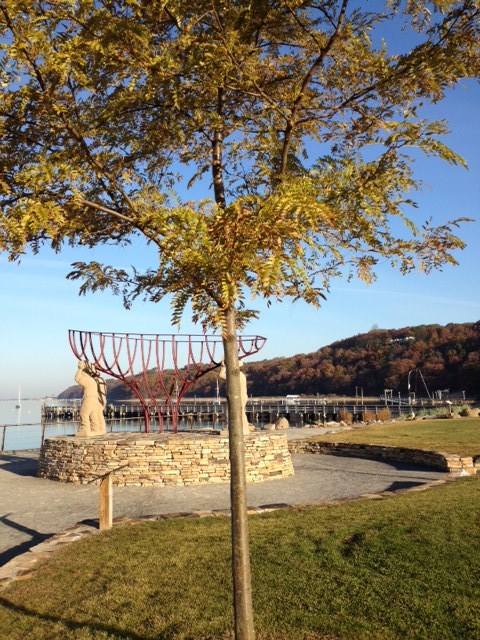 Few villages can claim such a broad array of assets as Port Jefferson, from its waterside location at the head of a beautiful deep water harbor to its enviable position as a busy downtown area in the heart of Long Island ‘s prestigious North Shore.  These natural resources, combined with the friendly people who live and work there, make Port Jefferson a truly unique location.   Be sure to check this Website’s Online Home Search for an up-to-date overview of the Port Jefferson real estate market.

From its beginnings as a waterside home for the Setauket Indians, to its present-day position as a popular day-trip destination, Port Jefferson has grown and prospered. Throughout this 300-year evolution, the strength of the village has been, and continues to be, the sociable, passionate people who live in its beautiful homes and who work in its shops, restaurants, and offices, marinas and galleries. This wonderful chemistry of residents and business owners, combined with the village’s unique location, has inspired much of its industry, from shipbuilding to tourism.

Surrounded by some of the most beautiful and prestigious homes on Long Island, and serviced by three major hospitals, (Stony Brook University Hospital,  Mather Memorial Hospital,  St. Charles Hospital),and a State University, Port Jefferson is a wonderful place to live, work and play. Residents treasure its past and plan carefully for its future. Port Jefferson is recognized for having a top rated school district.

It is also the center of the Greater Port Jefferson region of northwestern Brookhaven, serving as the cultural, commercial and transportation hub of the neighboring Port Jefferson Station, Belle Terre, Mount Sinai, Miller Place, Poquott, and the Setaukets.

The original settlers of the Town of Brookhaven, based in the neighboring hamlet of Setauket, bought a tract of land from the Setalcott Indians in 1655. The deed included the area of contemporary Port Jefferson along with all other lands along the North Shore from the Nissequogue River eastward to Mount Misery Point.

Port Jefferson’s original name was Sowasset, a Native American term for either “place of small pines” or “where water opens. The first known home within the present village boundaries was erected in the early 1660s by Captain John Scott, an important leader in Long Island’s early history. This house, named Egerton, was a grand abode on the western end of Mount Sinai Harbor at Mount Misery Neck. The first settler in Port Jefferson’s current downtown was an Irish Protestant shoemaker from Queens named John Roe, who built his still-standing home in 1682. It remained a small community of five homes through the 18th century, and was renamed to “Drowned Meadow” in 1682.

Local lore has it that the pirate Captain Kidd rendezvoused in the harbor on his way to bury treasure at Gardiner’s Island. During the Revolutionary War, and that John Paul Jones had a ship fitted here.However, there is no factual support for these assertions, and the historical works quoted do not present them as definitive facts. John Paul Jones’ career in particular is well documented, and there are no accounts of him actually visiting the village which was under British control during the entire time he served as a commanding officer.

Development as a shipbuilding village In 1797, when the town had but five houses, its first shipyard was built. By 1825, several shipbuilding firms existed, bringing in new residents and commerce.

During the War of 1812, British interference on Long Island Sound upset local shipping routes. On one occasion, two British warships, the frigate H.M.S. Pomone and brig H.M.S. Despatch sent their boats into the harbor under cover of darkness and captured seven sloops. To protect local interests, a small fortress was set up on the west side of Port Jefferson Harbor.

It wasn’t until 1836 that the local leadership truly initiated the community’s transition from a swampish hamlet to a bustling port town. Twenty-two acres of the harborfront, which flooded with the tides, were brought to a stable elevation with the construction of a causeway. Concurrently, the village was rechristened from “Drowned Meadow” to “Port Jefferson” The name choice was in honor of Thomas Jefferson, who provided significant funds for this project.

Numerous shipyards developed along Port Jefferson’s harbor and the village’s shipbuilding industry became the largest in Suffolk County. A common misconception is the belief that the village was as a major whaling port. This is not supported by Government documents used to compile the two definitive references on the American Whale fishery.

A postcard of Hotel Square, corner of Main and East Main, with labels displaying the Townsend House hotel and the village’s first post office in the late 19th century
P. T. Barnum, the famous circus owner, owned a tract of land which ran through the village. His intention was to make Port Jefferson the home base for his circus. The residents put a stop to his plans, and he eventually sold his land. Barnum Avenue now runs though the area that was once his land, and one of the Bridgeport & Port Jefferson Ferry boats is named the P.T. Barnum. A house he had constructed also still exists but is privately owned.

The Mather Shipyard in 1884
During this period, lower Port Jefferson’s main section of commerce was located on what is now East Main Street. Most of the current Main Street, located on what was initially a swamp, did not become as commercially viable until the 20th century. The section of town at the intersection of the two streets, then known as Hotel Square, became an active center of Port Jefferson’s early tourism industry in the mid-19th century. Visitors in town for business, or traveling through by rail or ship, were able to select from a variety of lively hotels and restaurants. This included the John Roe house, which was repurposed and expanded into the Townsend House hotel. The village’s first post office was added to this intersection in 1855.

he Village of Port Jefferson is located on the North Shore of Long Island, 60 miles east of New York City.

The village’s commerce is divided into two centers that lie one mile apart along Main Street and at differing elevations. These are known as Lower Port Jefferson and Upper Port Jefferson, respectively the waterfront and the railroad station sections of town. The first is currently the center of tourism, while the latter is undergoing plans for revitalization to the economic viability of its historic self. Further from Main Street, the remainder of Port Jefferson consists of several residential neighborhoods defined by the hills on which they sit. In the northeastern corner of the village is the neighborhood of Harbor Hills. This neighborhood occupies the western edge of Mount Sinai Harbor and contains the Port Jefferson Country Club at Harbor Hills. Brick Hill is the neighborhood directly west of the Lower Port Jefferson commercial center and was first developed by the noted circus owner P.T. Barnum. West of Upper Port Jefferson is Cedar Hill, which is topped by the c. 1859 Cedar Hill Cemetery where residents formerly would bask while enjoying views over the village from its highest point.

Within Port Jefferson is Port Jefferson Harbor, a natural deepwater harbor. Setauket Harbor branches off to the west from the harbor. One notable geographic feature is Pirate’s Cove, a small cove dredged in the early 20th century by the Seaboard Dredging Company. The original name was Seaboard Hole, but it was changed for the sake of appealing to tourists, and several large sand dunes artificially created by the dredging can also be found here.

Port Jefferson features a major ferry route, a Long Island Rail Road terminus, multiple bus lines, and an extensive network of roads.
The Bridgeport & Port Jefferson Ferry is one of two routes connecting Long Island to New England. The other route is the Cross Sound Ferry at Orient Point and no bridges or tunnels exist despite past proposals. Port Jefferson’s ferry company was established in 1883 and was championed by influential circus owner P.T. Barnum. Barnum, who owned lands in both Port Jefferson and Bridgeport, CT, became the new company’s first president.

The village additionally serves as the eastern terminus for the Long Island Rail Road’s Port Jefferson Branch. The branch consists of a diesel train that connects to the electrified Main Line at the village of Huntington. During the full run it continues toward the western termini of Pennsylvania Station in Manhattan or to Atlantic Terminal in Brooklyn. The average commute from Port Jefferson to Manhattan via the Long Island Rail Road takes approximately 2 hours. Train service to New York City first reached Port Jefferson in 1873. The ferry terminal and train station are approximately one mile apart.

In March 2014, mayor Margot Garant announced interest in establishing a future shuttle to link the two transportation networks as well as their respective sections of town, lower and upper Port Jefferson.

Port Jefferson has been home to the annual Port Jefferson Village Dickens Festival every year since 1996. The festival celebrates the works and times of English novelist Charles Dickens. It takes place during a weekend early in December and typically includes many events and occurrences, such as the regular sighting of people who dress in 19th century clothing, house tours, the reading of winter-related poetry, caroling, and booths set up by local businesses. Students from the Port Jefferson Middle School and High School submit poetry and art that are used in the festival. Free concerts of seasonal music by various ensembles are presented at the Methodist church. Many small festivals are held during the summer, showcasing music and crafts. Each Fourth of July sees a substantial parade on Main Street. The Village also hosts an annual outdoor concert series and film screenings, both of which currently take place in Harborfront Park throughout July and August.

Port Jefferson is home to Theatre Three, a non-profit theatre company founded in 1969. Each year Theatre Three stages four musicals and two plays and additionally performs A Christmas Carol during the annual Dickens Festival. Theatre Three is held in Athena Hall, a performance space dating to 1874. The village was home to two notable landscape painters in the late 19th century, William Moore Davis and Leon Foster Jones. Both artists produced numerous depictions of Port Jefferson and its harbor. They were the subject of a 1993 art exhibition by the Long Island Museum in Stony Brook.

There were 3,090 households out of which 25.8% had children under the age of 18 living with them, 52.2% were married couples living together, 8.0% had a female householder with no husband present, 3.8% had a male household with no wife present, and 36.1% were non-families. 28.3% of all households were made up of individuals and 9.0% had someone living alone who was 65 years of age or older. The average household size was 2.40 and the average family size was 2.96.

The Port Jefferson Union Free School District covers Belle Terre and most of Port Jefferson. In 2008, the district had 1375 students.

There are three schools:

The Port Jefferson “Royals” compete in Section XI athletics.
Port Jefferson UFSD is bordered on the west by Three Village CSD, on the south by Comsewogue UFSD, and on the east by Mount Sinai UFSD.