How Will Fannie & Freddie Impact The Housing Market Moving Forward? 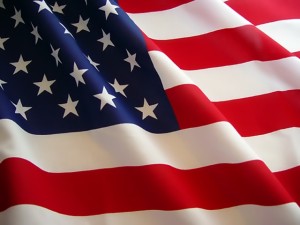 At the moment there’s a bipartisan group of senators working to end Fannie and Freddie.

This will result in larger monthly mortgage payments.

Fannie Mae and Freddie Mac are government run agencies that have propped up a troubled real estate market over the last several years. The agencies always had a place within the mortgage sector but over the past several years have been involved in over 90% of new mortgage originations. As they wind down this involvement, the mortgage space may change dramatically.

David Stevens, CEO of the Mortgage Bankers Association and a former Obama administration housing official, in a recent AP article explains what will be the result of winding down Fannie and Freddie:

“You have to assume that almost in any future model being drafted, loans will be more expensive.”

This will be felt in two ways.

“It will mean higher mortgage rates. The question is how much higher.”

According to Zandi, borrowers could pay about ½ point higher in interest rate ($75-$135 extra in interest payments per month to the average purchaser on a $200,000 loan).

Why a projected increase in rates?

The average 30 year mortgage rate over the last three decades is 8.69%. From 2003-2008, it was 6.06%. Part of the government’s stimulus program was spent on keeping mortgage rates low while the economy recovered.

Many think that rates will return to the 6-6.5 range should Fannie and Freddie cease operations.

Once Freddie and Fannie no longer exist, the question becomes whether or not the private sector will any longer feel comfortable issuing a fixed rate loan for 30 years. In Canada, for example, they don’t even have 30 year fix rate mortgages available. The vast majority of Canadian home loans have a 25 year payout with the interest rate being renegotiated every five years. If rates go down, the borrower will wind up with a lower rate. If rates go up, the borrower ends up paying a higher rate. If you want a fixed rate mortgage for 25 years you pay a rate approximately two percentage points higher than the going rate at the time of your closing.

Some believe that the private sector will no longer make the 30 year mortgage option available for at least a portion of borrowers.

It will be interesting to see how the winding down of the two agencies impacts the housing market.

If you know someone who would appreciate the level of service and expertise that I provide, please contact me and I’ll be happy to follow up and take great care of them.