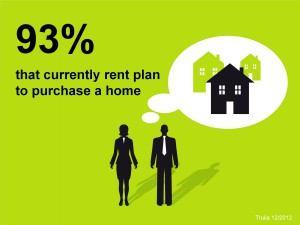 Please Note that taxes are complicated, and the eligibility for these credits can vary depending on location and income.  Always best to check with your accountant if you have any uncertanties.

On January 1, 2013 the Senate and House passed H.R. 8, legislation to avert the “fiscal cliff,” the bill was signed by President Barack Obama on January 2, 2013.

Below are a summary of real estate related provisions in the bill.

Mortgage Cancellation Relief is extended for one year to January 1, 2014

Deduction for Mortgage Insurance Premiums for filers making below $110,000 is extended through 2013 and made retroactive to cover 2012

Leasehold Improvements: the 15 year straight-line cost recovery for qualified leasehold improvements on commercial properties is extended through 2013 and made retroactive to cover 2012.

Energy Efficiency Tax Credit: the 10% tax credit (up to $500) for homeowners for energy efficiency improvements to existing homes is extended through 2013 and made retroactive to cover 2012.

Permanent Repeal of Pease Limitations for 99% of Taxpayers

Under the agreement so called “Pease Limitations” that reduce the value of itemized deductions are permanently repealed for most taxpayers but will be reinstituted for high income filers. These limitations will only apply to individuals earning more than $250,000 and joint filers earning above $300,000. These thresholds have been increased and are indexed for inflation and will rise over time. Under the formula, the amount of adjusted gross income above the threshold is multiplied by 3%. That amount is then used to reduce the total value of the filer’s itemized deductions. The total amount of reduction cannot exceed 80% of the filer’s itemized deductions.

These limits were first enacted in 1990 (named for the Ohio Congressman Don Pease who came up with the idea) and continued throughout the Clinton years. They were gradually phased out as a result of the 2001 tax cuts and were completely eliminated in 2010-2012. Had we gone over the fiscal cliff, Pease limitations would have been reinstituted on all filers starting at $174,450 of adjusted gross income.

The first $5 million dollars in individual estates and $10 million for family estates are now exempted from the estate tax. After that the rate will be 40 percent, up from 35 percent. The exemption amounts are indexed for inflation.

HOMEOWNERSHIP.  A TRADITION WE MUST PRESERVE.

JOLIE POWELL…A Name You Can Trust!

An American Family’s Net Worth