Port Jefferson (also referred to Port Jeff) village lies on the North Shore of Suffolk County in the Town of Brookhaven, Long Island. The village’s official name is the Incorporated Village of Port Jefferson and it has a total population was 7,750 persons, according to the United States Census that was carried out in 2010. 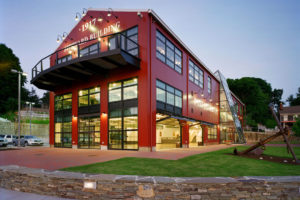 The first settlement in Port Jefferson was established in the 17th century and the village retained its rural community status until the middle part of the nineteenth century when it developed into a busy shipbuilding center. Since then, its economy has evolved and it is now based on tourism. However, the port is still active, and the Bridgeport and Port Jefferson Ferry uses the port as a terminus . This ferry operates between Connecticut and Long Island. Long Island Rail Road also has a branch in Port Jefferson. The village is also the hub of the Greater Port Jefferson area of northwestern Brookhaven and serves as the commercial, transportation and cultural nerve center of the nearby Port Jefferson Station, Mount Sinai, Poquott, Belle Terre, the Setaukets and Miller Place.

In 1655, the Setalcott Indians sold a portion of land to the people who had originally settled in Brookhaven and who were based in the nearby hamlet of Setauket .The deed covered the entire area of modern Port Jefferson together with the land adjacent to the North Shore, spanning from the Nissequogue River all the way eastwards up to the Mount Misery Point.

Initially, Port Jefferson was known as Sowasset, a term used by Native Americans and that variously meant where water opens’ or place of small pines’.

In the early part of the 1660s, Captain John Scott, who was an eminent leader in Long Island’s early history, built the first recognized home in the present-day village boundaries. The majestic house stood on the western point of Mount Sinai Harbor on Mount Misery Neck and was christened Egerton. John Roe, a Protestant shoemaker hailing from Queens, was the pioneer settler in what is now downtown Port Jefferson .The house he built in 1682 is still standing to this today. The village remained a tiny, five-home community throughout the eighteenth century and in 1682 its name was changed to Drowned Meadow’.

The village’s commercial section is split in two centers that sit one mile apart alongside Main Street at different elevations. The centers are called Upper Port and Lower Port and respectively consist of the railroad station and waterfront segments of the town.The Lower Port area is the tourism center whereas Upper Port is the focal point of revitalization plans to improve its economic viability as a historical center. Beyond Main Street, the rest of the village is composed of a number of residential areas that are described by the hills they lie on. Harbor Hills is in the northeastern tip of the village. This area encompasses the western rim of the magnificent Mount Sinai Harbor and includes the Country Club. Brick Hill is an area that lies exactly west of the commercial hub of Lower Port . The first developer of this neighborhood was P.T Barnum, the founder of the famous Barnum & Bailey Circus. Cedar Hill is situated on the western side of Upper Port . It is dominated by the Cedar Hill Cemetery (started in 1859) where previously residents used to relax while enjoying magnificent views of the village from this lofty height.

Port Jefferson Harbor is a natural deep-water harbor within the village. Setauket Harbor is on the western direction from this harbor. Pirate’s Cove is one noteworthy geographical feature. It is a tiny cove that was dug in the early twentieth century by an outfit called Seaboard Dredging Company. The cove was initially known as Seaboard Hole. However, it was later changed in order to appeal to tourists. The dredging operation created huge sand dunes that can be seen even today. 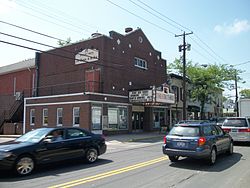 Starting from 1996, Port Jefferson has held an annual Dickens Festival to celebrate the life and times of Charles Dickens, the famous English novelist. The event takes place over one of the weekends in early December. It usually features a lot of interesting activities for example people dressing up in nineteenth century garb, reading poetry with a winter theme, house tours, caroling and visiting booths erected by locals to promote their businesses. Port Jefferson Middle School and High School students prepare the poetry and artwork that is used during the festival. The Methodist church hosts free musical concerts where different ensembles perform. A lot of small festivals are also held over summertime where crafts and music is showcased. On every Fourth of July, there is a major parade that is organized on Main Street. Port Jefferson also prepares and hosts annual film screenings and outdoor concert series in Harborfront Park in the whole of July and August

In line with its seagoing tradition, Port Jefferson organizes its own series of annual boat races that are called the Village Cup Regatta. The proceeds from this event goes towards cancer research. The residents takes great pride in the fact that two of their sons are winners of the America’s Cup- Scott Vogel in 1987 and Wally Henry in 1992.

According to census of 2010,Port Jefferson had 1,975 families, 3,090 households and total population of 7,750 people. Its population density per square mile was about 2,513.4(or 970 people per square kilometer).In terms of race, its population was 89.9 percent White,0.5 percent Native American, 2.1 percent African American,6.8 percent Asian,2.4 percent from other races and 1.4 percent mixed race. Latino or Hispanic of any race made up 6.5 percent of the population.

According to the American Community Survey of 2008-2012,the median household income for Port Jefferson was $108,060 while the median family income was $138,984.The village’s per capita income was $51,937.The proportion of the population living below the established poverty line was 6.5 percent.

Jolie Powell has been a distinguised leader in the Real Estate industry since 1987. Prior to entering the world of Real Estate, she worked as a TV producer for the Advertising Agency, Dancer Fitzgerald Sample in NYC. Jolie's expertise in counseling buyers and sellers brings people together from Long Island, and indeed, Globally! Having lived abroad and traveled extensively, Jolie has an excellent understanding of many cultures. As a Cuban-born American, she is fluent in Spanish and communicates well with international clients relocating to the North Shore of Long Island. Jolie is proud of the high level of trust she and her clients have established and looks forward to continue building exceptional client/broker relationships.